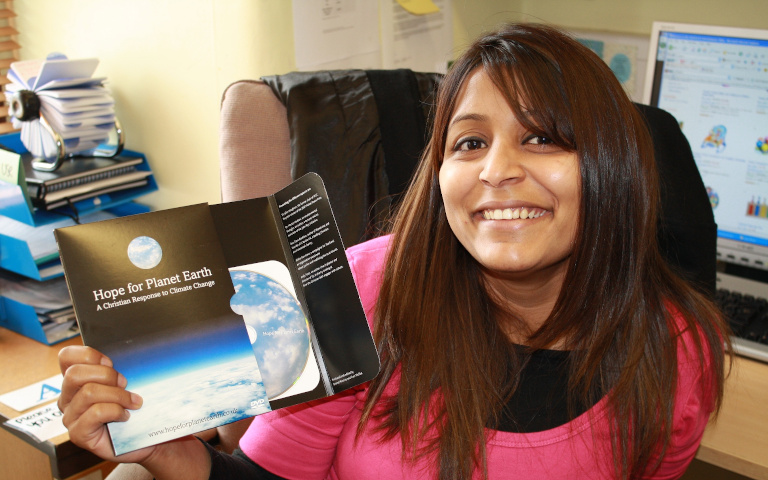 A Rocha UK’s 2009 Environment Resource Pack followed a national tour of schools and churches (called ‘Hope for Planet Earth’) run in partnership with Tearfund, Share Jesus International and the John Ray Initiative and funded by the Jerusalem Trust. The Hope for Planet Earth DVD was produced from this tour and contains professionally-filmed 15 minute presentations on the science of climate change, impacts on the poor, impacts on biodiversity, the biblical and moral basis for action, and practical actions to get involved in.

Sermon: Whose world is it anyway?

‘There is a question hanging over planet earth – a question caused by species and their use of the earth’s resources, by the rapidly increasing footprint of 6 billion + human beings. And the question is actually quite a simple one: Whose world is it anyway? A very simple question, and one we desperately need to ask ourselves, because it holds the key to the survival of human life on this small blue globe.’

In part 1, Martin Hodson from the John Ray Initiative, examines the science behind climate change, the temperature changes we could be expecting to see and the effects of these in terms of changes in rainfall, increased flooding and reducing Arctic sea ice.

2. The Planet – Dave Bookless, A Rocha

In part 2, Dave Bookless from A Rocha, considers our impacts on the planet in terms of deforestation, the food crisis, pollution, waste and biodiversity loss.

In part 3, Alisha Sanvicens from Tearfund, considers the impact of climate change on poor communities around the world.

In part 5, Dave Bookless from A Rocha and Alisha Sanvicens from Tearfund, consider changes we can make to our lifestyles, in our churches and at the national and international levels to help address some of the issues surrounding climate change.

6. The Challenge – Dave Bookless, A Rocha

In part 6, Dave Bookless from A Rocha, considers our view of the world and uses Biblical scripture to challenge us to live in a way that reflects God’s love for all of his creation.

This short talk from Nobel Prize winning scientist and Christian, Sir John Houghton, explores the evidence of climate change, its possible impacts around the world and the actions needed at the household and government levels to curb greenhouse gas emissions.